It’s rare that I hangout or hideout in The Comedor during the afternoons.  I should try and do it more often because there is a lot more good action going on in the afternoon compared to when I am normally there.  Many of the women from across the street are fueling up before a long night ahead.  Many of “The Fellas”, after a long, hot day in the work saddle, are in there as well.  Tino’s lovely wife keeps a spotless kitchen and all the food is made by hand.  Tino keeps his refrigerators one degree Celsius colder than anywhere in town, and only charges 10 pesos for a Cold Corona.

So it was 3:30pm on a Monday, and I’m in there.  I was packing my pocket dictionary which is customary.  After my third Ice Cold Corona, I decided that I wanted to talk to Tino about his role in putting me together with a particular Irene Burgstrom.  Normally I would never engage in conversation with Tino because I can’t understand one fucking word the guy says.  I take that back.  When he sees me, which is just about everyday, he always smiles and says Arrrrroooooooooooon.  That I understand.  But seriously, I’ve tried and tried to understand his dialect, and it’s of no use.  All the Mexicans seem to understand the guy just fine, which is why I know he is talking Spanish.  But still..

In Spanish, I told Tino that I met a girl named Irene Burgstrom that said that it was you(I pointed at Tino) that sent her to help me.  “Es Verdad?”  Tino nodded up and down and rattled off like an eighty word sentence.  Or just one extra long word.  The nodding up and down I understood.  Most everything else was a wash, although I did hear him say Yukon Sue, and Big Wave Don early on in his answer.  And towards the end, he mentioned The Hand Guy.  I most definitely picked up on the words Yukon Sue and Big Wave Bob.  That I do know.  Final Answer.  And am pretty sure I detected the word ManoGuey at the same time he grabbed one of his hands.  Yukon Sue I know pretty well.  Big Wave Don and I are familiar strangers to one another.  The Hand Guy I just know of.(Hand Guy wouldn’t know me from Adam)  All three characters linger in and around Puerto.

Tino put his arm around me.  I didn’t know what to make of that.  It would have been easier to make something of it if I knew what he was telling me.  For all I know he could have been telling me that he wanted to put his finger up my butt.  Or telling me that I need to find myself a new private hangout.  Though I am pretty sure he was just telling me how much he loves having his personal Gringo Toy around and that he was(is) just looking after my best interests.  It was a moment I will never forget.  I shook Tino’s hand and said, “Gracias Amigo.”  He smiled and said, “graciandalepuesalevaleteveodiosuhhuhuhhuh”  I took that to mean, “See You Later Alligator.”

It didn’t make complete sense that Big Wave Don would pass this baton to The Hand Guy, because, although at one point in their lives the very best of friends, it was Don that clotheslined The Hand Guy during a drunk game of One-on-One basketball at The Rockaway last April.  Evidently, The Hand Guy fell hard on his hand and wrist, and supposedly has seen like ten doctors, and nobody can seem to fix it.  He still walks around town with a sling.(more on that later)  So it’s sort of a stretch that Don and Hand Guy are talking again, but much stranger things have happened in Puerto Escondido, so I was going to run with that. 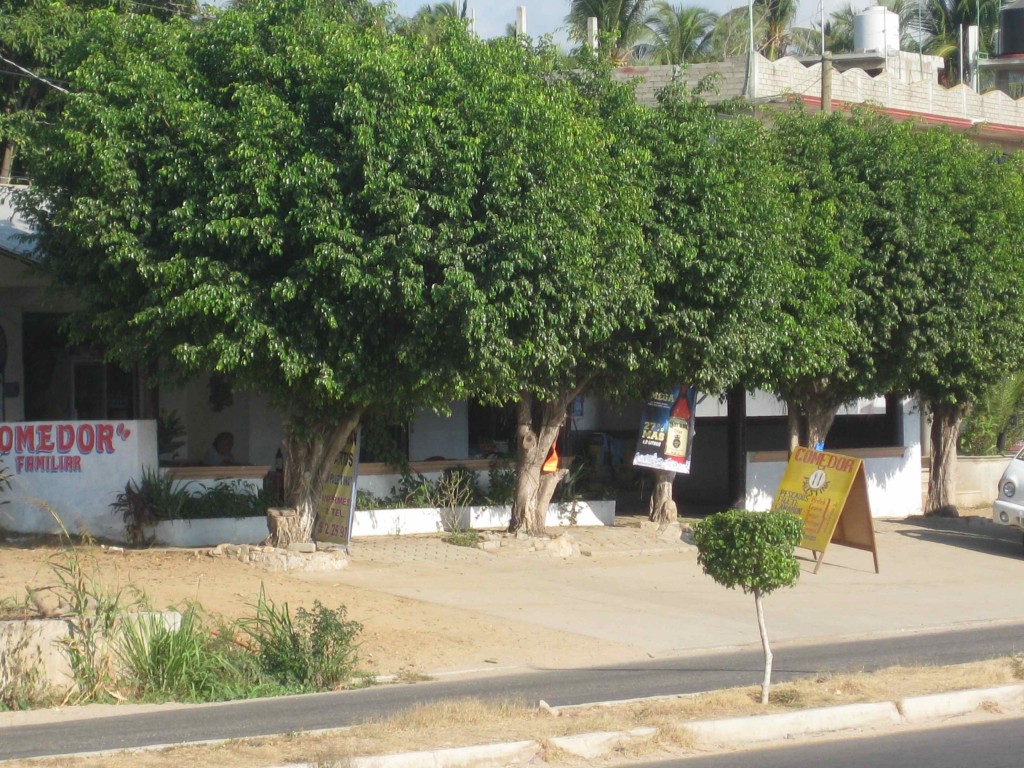