it was 9ish.  in the am.  it had rained all night.  i got on my piece of shit bike and zig zagged my way to hwy 200.  lots of big clouds billowing amongst the tall mountains.  the air was clear.  it was both warm and cool.  probably 75.  i had a shirt on.  the front derailer on my piece of shit bicycle was rusted stuck in the small ring.  nothing i could do about it at the moment.  i was feeling good though.  a tailwind was in affect, and mostly downhill where i was going.  i was headed to main beach hoping to see some monsters get ridden.  the indicator flag was showing medium offshores.  again, i was in the zone, and had so many reasons to feel that way too.  more than anything, i was grateful & satisfied.

and then i saw the dead dog laying in the highway.  now if a similar sketch could be drawn up in The States, it likely wouldn’t have been a dog afterall.  it would have been a skunk, raccoon, maybe a cat.  if it were a dog in the US, there would have been five people crying, one person suing, two policeman policing, a pet insurance agent, a pet cemetery rep, and 20+ lookie-loos.  here in puerto, there was a dead fucking dog on the road.  a young dingo style female.  blood and guts everywhere.  eyes were closed.  if that dog were mine, it would be alive today, and, after a life filled with every possible opportunity to understand mankind, that dog would die a different death.  but this dog wasn’t mine.

when i first came here in 2005, that dog would have been mine.  when i began coming here in the winter for two months time, that dog would have been mine.  the past few years, as two months were converted to six months, that damn dog just might have been mine.  but today…that dog wasn’t mine.  i gestured up.  i thought about a dog or three.  but that was it.  there was a dead dog on the highway, and it was my time to deal straight.  at least it was good and dead i thought.  versus perhaps a starving, dying dog.  i decided to handle the situation like the dogs mother, brother, or pack buddy would have coped with the plight.  i put it behind me, and rambled on down the road. 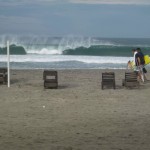 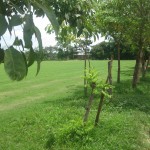 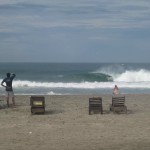