According to the time on the microwave, for the third straight night in a row now, I was awakened at 2:46 am, unable to fall back asleep.  Since you’re probably not wondering what I did with that newly found QT, I’m not all that inclined to want to tell you.  I will say a few things about the parallels: For starters, on the third morning, when the clock read 2:46 am, i came to find out later that it wasn’t really 2:46 afterall.  The clock read 2:46 because I had made microwave popcorn the night prior and had punched in five minutes, knowing in advance that it takes two minutes 15 seconds mas o menos to properly make this particular brand.  So apparently I decided it was done after two minutes fourteen seconds.  Capice?  Pretty gnarly co inky dink I know.  Now whether or not that counts in your book as three-in-a row, you still can’t take anything away from the first two identical 2:46 a.m. wake-ups.  I’m still blown to bits by it all.  The only thing I could put my finger on was the full moon was once again in full affect.  And when I say put my finger on it, I really mean put my finger on it.  Like break off a piece of Swiss cheese coming in my room putting my finger on it.  Te lo Juro!   I had a Major Tom moment.  Planet earth WAS blue and there wasn’t anything I could do except put the final polish on my version of Bennie and The Jets.  And so that is what I did. 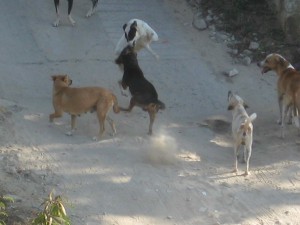 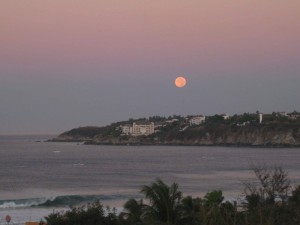