He must have chuckled when he heard my promise.  puerto escondido was being sandwiched by Manuel and Ingrid.  heavy rains had made it near impossible to venture out anywhere.  the injury to my foot made all matters laughable.

I told the kid that i would pay ALL my rent up front if he would give me my fair asking price.  his knees wobbled.  he pretended he was uneasy.  he told me that he normally would have to check with his wife.  how cute!  he was using all MY moves.

I think he was surprised at my due diligence.  truth is, i didn’t have to keep my promise.  nobody keeps their promise around here.  i just figured i would perform the unthinkable, hoping that it would lend itself out to a groovy brotherhood.

He offered up his truck to help with my move.  i passed on that kind gesture for the time being.  i told him that my game plan was to perform solo on a dozen or so stealth missions using just my backpack and my bicycle.  he understood perfectly. 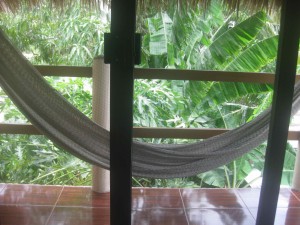 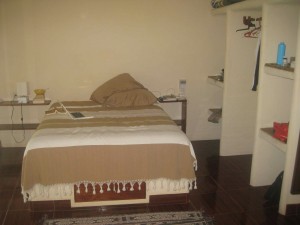