A whole week had gone by, and I was really beginning to feel the difference that Irene was putting on my day to day.  Immediately there were ideas set in motion, arroyos being swept, servers being worked on, groups being joined, struggles getting addressed, arrangements being made, food & water being delivered, etc..  She had even gone next door and released the barking dog that was short-tied to a tree.  Apparently the dog followed her into the taxi and back to her room at La Punta.  Did you happen to see my dog?  You mean the unhappy and annoying one that barks all day because it wants to be given a second chance at life?  Yeah that’s her.  Nope, haven’t seen her.

Irene was also finding time to find her own flow.  On my walk today after having made my first appearance at the newly formed chess club, I spotted Irene and Scratchy surfing The Beach Break.  This was now the second time in as many days that I had seen them together. Yesterday I saw them both heading into the 6pm yoga class at Vida Yoga.  Interesting.  I hadn’t remembered introducing the two, and began to wonder how they could have even met.  Regardless, I was stoked to see them both out there enjoying a magnificent blue bird of a morning.  Like was yesterday, neither of them noticed me.

I headed over to Flor de Arena for a shot of E.  That’s where I ran into Eggman. It’s rare that I see Eggman out of the water.  He doesn’t know I call him Eggman because I disguise it by calling him Dog.  What’s up Dog?  Yeah Dog.  Later Dog.  But in secret, I call him Eggman.  I should call him Chicken.  Dog looks like a Chicken because he eats a lot of Eggs.  Sixty per week.  The big Six Oh.  That’s a lot of fucking eggs.  At least the eggs here don’t need to be refrigerated like in Your Town, USA.  He said he’d cut his consumption by half if they needed refrigeration.

Speaking of fridges..that reminds me.  I have another friend in Reno, NV named Eggman.  He was already Eggman when I first met him in 1996.  Had I grown up with this Eggman on Long Island, I would have pegged him as Eggman by Kindergarten.  He’s Gregg.  With two G’s.  It’s a no brainer sort of a nickname.  Especially if you know him.   Supposedly his Pops played ball for the NY Jets, but that doesn’t have a damn thing to do with any of this.

My Eggman is Eggman because I did my research on his egg eating habits.  Therefore, that’s a well carved out nickname.  Anyway, my Eggman is pretty lean and mean.  Tan.  Blond receding hair.  Pointed beak.  Bird Legs.  The whole nine.  A committed surfer for sure.  Lives a very humble, structured sort of existence.  He’s ten years my junior, and an East Coaster.  He’s been posting up in Puerto Escondido for about two years now.  He said he grew up on a farm.  Probably around lots of chickens.  He’d say Californians like me are the most bizarre brand of people on Earth.  One of his claims would be that we don’t follow College Football on Saturdays.  Exacto! 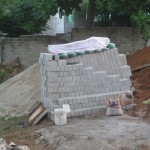 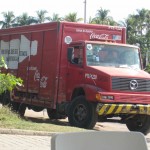 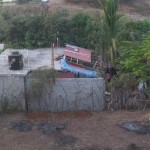