Not in a million years was I about to get out of the van at Scratchy’s Spot.  Blame it on light rain, mountain fog, and white knuckles.  When I finally got out of the van, I was spinning like a top.  Mr. Toad had nothing on this 180 minute ride.  My driver sped up when he should have slowed down, and slowed down when he needed to speed up.  I wondered if it had anything to do with guard rails being used when there wasn’t a need for them, and not used when the drop off was 1000 feet and sheer.  I wondered if it had anything to do with him changing the radio stations 500x while eating Lay’s Potato Chips as he drove.  I’m curious if it had anything to do with the weird white couple from Canada dressed in their ALL WHITE Sahara Desert ensemble, that sat in the front, but got out of the van halfway up the mountain, motioned to me as if to say that it was nice not getting to know me, never to be seen or heard from again.

It was 4:30pm, mountain time.  I dreideled my way over to a young Indian stirring coffee.  All I said was PorFa.  Black coffee in the State of Oaxaca usually is sweetened with a bit of sugar, and this cup was no different.  I wrapped both hands around the warm clay mug and just sat there and sipped my bean.  It was Xmas Eve Afternoon.  I looked around for anything extraordinary.  Most everything appeared extraordinary.  So I looked around for something normal.  I walked across the narrow highway into a Cafe/Internet type of establishment.  I ordered a gigantic Vegetarian sandwich without Mayo for $1.  Everything around was Mushroom Motif.  Mushroom Murals.  Posters of Mushrooms.  Mushroom Trinkets and Widgets consumed all the shelves.  Mushroom MousePads, you name it.  I asked the 15 year old Indian Barista in Spanish if she knew where I could score some Mushrooms.  She looked at me like I was a real jackass.  Correct.  Good answer lady!  I scurried off.

I began walking the narrow highway towards some Cabañas that I had scoped out on the internet.  It was a 400 meter walk.  I walked into the Admin Office at La Puesta Del Sol.  It was a big room with almost no decoration.  It had a ski lodge feel to it, but without anything that makes a ski lodge feel like a ski lodge.  There was a see-thru fridge against the wall with Beer, Water, and Coca Cola inside.  There was a small wood bowl on the receptionist counter.  Inside the bowl were three condoms, two disposable razors, and one tampon.  Or was that three tampons, one razor, and two condoms?  I began thinking of the odds.

The young lady behind the counter let me do all the talking.  She picked up her walkie talkie and asked Hose B to come up to the office to show me the different room options.  He arrived on a Honda QuadRunner.  He showed me three different rooms.  He told me that unless I was a SissySteak, a fireplace wasn’t necessary.  I asked him about The Magic Hongos.  He either told me his friend Julio could get them for me, or that the best time to get them is Julio.  I obviously wondered if a schoolyard was involved.

At dark, I followed some pink pavers to a giant restaurant/gift shop on the premises of La Puesta Del Sol.  Nobody was in there but me.  It felt closed, but it was open.  They served me up a wonderful omelette with black beans and rice.  Fresh Salsa and Hand Made Tortillas.  I drank a monster cup of hot cocoa.  By 8pm my day was done. 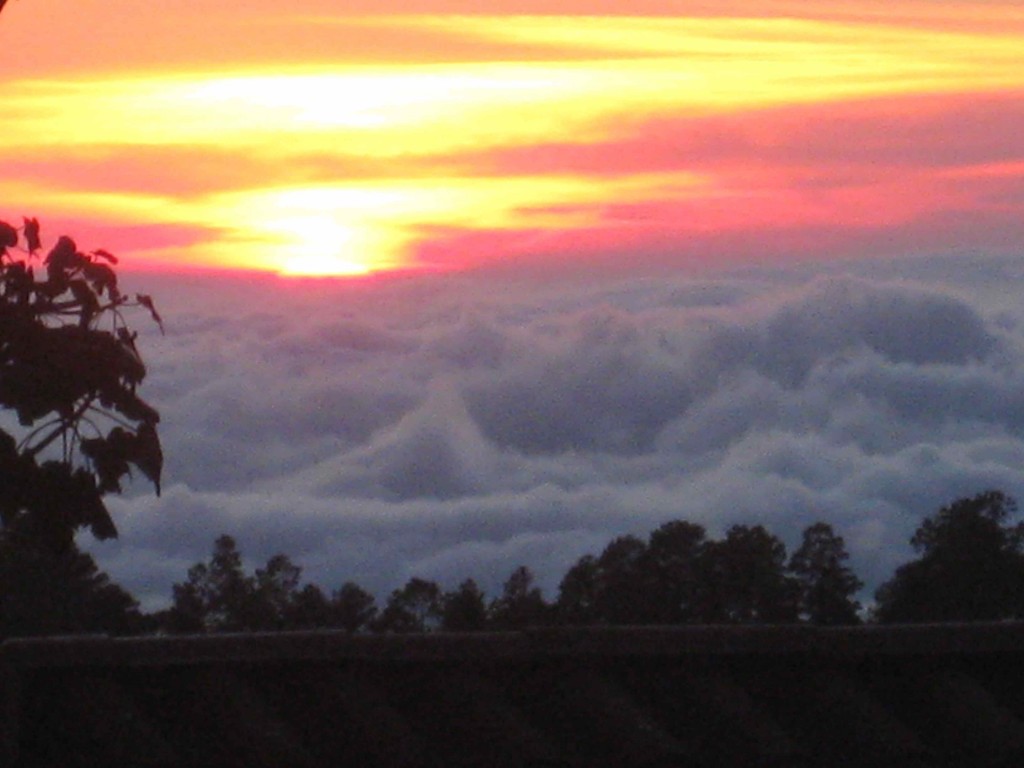